MQL5 TUTORIAL – THE ONE THING YOU NEED FOR PROFITS 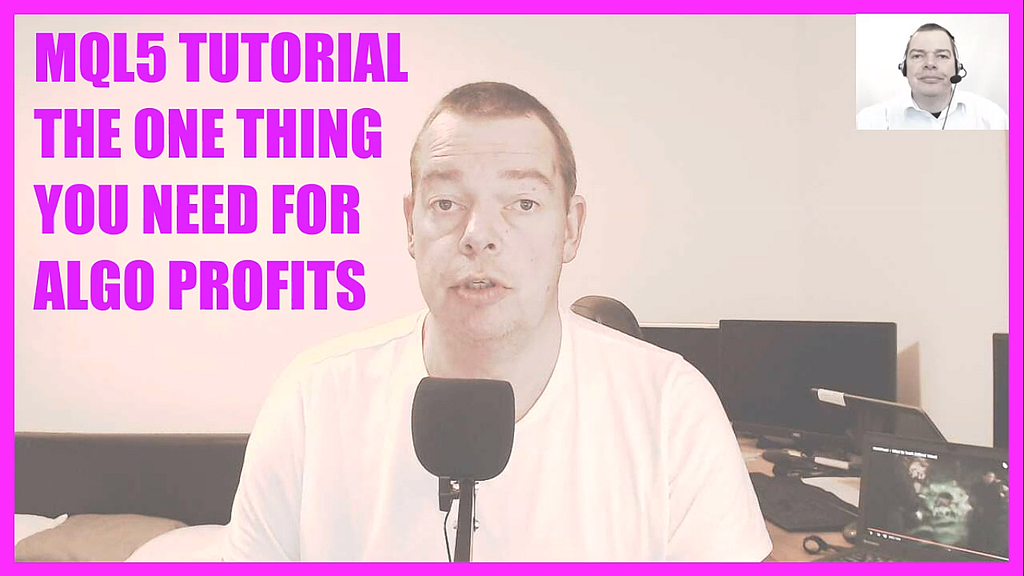 Hello in this video, I would like to do a live recording. I would like to talk about something that seems to be a common question from time to time. People ask me the same question again and again, and I would like to use this kind of live recording videos to answer those questions in the future. So the question today is, is it possible to recognize the entry X or Y with MQL four or MQL five?
So basically it’s about, can I automate what I see on the screen? Yes. Most of the time this is possible. It is not very hard to do that, but you need to define it in numbers. So if you see something with your eyes, You need a way to translate that into numbers.
That can be calculated. So let me explain what I mean. You probably have some kind of trend and you as a human, have no problem to identify it, but to automate it, you need to define what needs to happen and when it needs to happen. So for example, for a trend, you would need to define when the trend will start and when it will end, something like I see it on the chart will not work for an automated trading system.
Here is how it would work. You would need to define borders and rules. Something like a crossover of two moving averages is a good idea, because it can be calculated and Metatrader would be able to define if the ball is inside or outside of the playing field. So without clear rules, you cannot automate anything, that would be like playing soccer, using tennis rackets and the basketball.
This is not the kind of game you want to play. You can do whatever you want, but you cannot do everything. You’ll need to pick something and stick to it. And that will make your system profitable. Thank you for watching.

We use cookies to ensure that we give you the best experience on our website. If you continue to use this site we will assume that you are happy with it.YESNoPrivacy policy
Revoke cookies