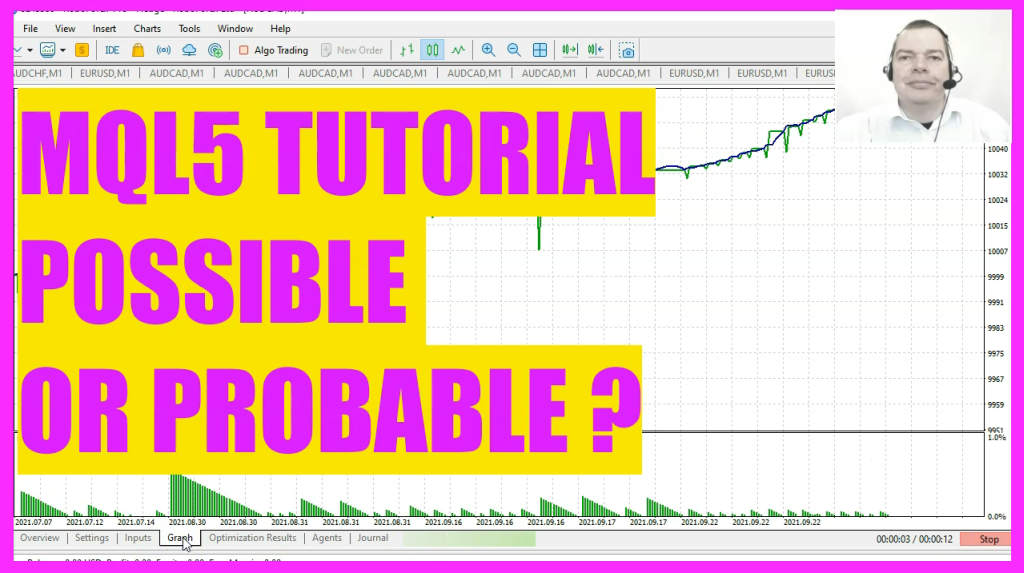 The topic today is possibilities and probabilities. Because once again I have received a request from a course member. And the question was whether it is possible to implement a certain profit expectation in practice. My answer was that it depends on a lot of factors and one of these factors is probability. My favorite example on this subject is a man named Roy Sullivan. Roy Sullivan was a park ranger in the United States and he was struck by lightning a full seven times in his life. The likelihood of something like that happening is vanishingly small. Nevertheless, it has become 100% reality for Roy Sullivan. That means even with a very low probability, it’s entirely possible that the consequences could be devastating. For example, one could also think about the statistics for plane crashes and make the argument that flying is the safest way to travel. Yet, there are always reports of plane crashes and for the people who are affected by that situation on the plane, it is 100% a nightmare. So the idea with trading is to find something that brings both of those things together in a way that gives us the best possible results.

That means we need to find something that is possible and that has a fairly high probability of producing positive results. Thankfully, in automated trading, there’s the ability to find that out via a pretty intensive series of tests. What’s going on here in the background of this video is what I spend most of my time doing. In fact, programming an automated trading system is not that time consuming. Most of the time is spent on thorough testing. And the goal is always the same, to increase the probability of a good result as much as possible and to make the system as stable as possible. Of course, many people will now say with the results from this video that the profit expectation is too low and that one could get much more out of such a system. But I can argue that I have been testing this system intensively for only three months. That means I have already done many 100 test series like this one. I’m currently doing that on three different computers with three different account types. And it’s always about making the system a little bit more stable and less about getting a few more dollars out of it in profit expectation.

In fact, with what you see on the screen here, I’m able to trade in different currency pairs from the turn of the millennium historical data to the present day without the system going down the tubes. And the goal here is to get a system stable enough so that you can ensure stable operations over long periods of time. Beginners are often on the hunt for a quick profit. But professionals like Ray Dalio know that the key is to find something that works for the long term based on fundamental laws. If you have the time and the inclination, you should take a closer look at Ray Dalio’s book Principles. I learned a lot from it. And when this system is ready here, there will be an exclusive offer to some existing customers who meet the necessary criteria to be able to trade such a system profitably. However, the price for this will be in the four-digit range, since consulting is also included. But until all this is ready to go, it will surely take a few more months. If this is interesting for you, then you can register in advance.

In this video, I simply wanted to show what is not only possible, but also probable. Because as soon as you can guarantee the most stable operation possible, it’s no problem to continue optimizing a functioning system in the long term. That’s it for today. Thanks for watching and see you in the next video.